Return flight to Australia on this round the world trip was on a Qantas B747-400 seated on the upper deck in row 14 where legroom is unrivaled! We had another flight booked on a Qantas 747 once again flying upstairs later in 2020 but unfortunately due to Covid this next 747 flight was cancelled and QF26 turned out to be our last flight on a Qantas 747-400.

Such a shame to see a terrific aircraft disappear. Flying on the upstairs deck of the 747 felt exclusive due to the space and minimal seating and row 14 space in front of the seats added to the feeling. Crew on these aircraft had usually been with Qantas for many years they were experienced and service great, unfortunately many of these crew have also left Qantas with the loss of the 747.

Flight 26 departed Haneda which is closer to Tokyo, be aware that check in does not commence until a few hours before departure if planning to arrive at the airport early there are shops and places to eat while waiting to check in. We visited the Japan Airlines One World lounge before the flight where there was a good selection to eat and drink prior to boarding. 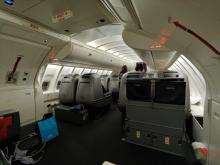 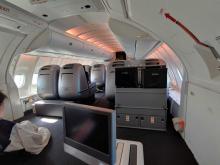 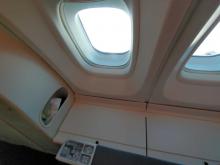 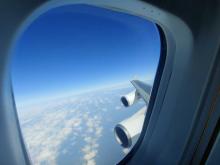 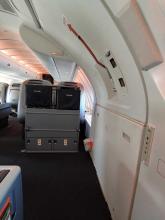